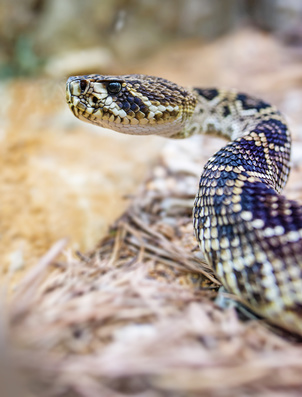 It doesn’t matter, really, if baby rattlesnakes are more dangerous than adult rattlesnakes. True or not, the story spreads: “Did you know that baby rattlesnakes are more dangerous because they don’t know how to control their venom?”
Why do we share these things? Do we expect fellow humans will use greater care in the company of small snakes?  Maybe. But don’t most of us avoid engaging rattlesnakes, regardless of expected dosage? Are we trying, then, to establish ourselves as serpent experts? That could be it too. But again, it doesn’t matter. What matters is that we do share snippets of story with innocent bystanders.

Consider that phenomenon in the context of business. What snippets do we share, for whatever reason, when circumstances trigger them?

Here are a few examples:

“She spent her $5,000 life savings to create a company that would give women a chance in a business world dominated by men.” – spoken of Mary Kay

“Did you know that the original recipe contained cocaine?” – spoken of Coca Cola (And true, according to Snopes.com, but no more useful than the rattlesnake story.)

“He posted hundreds of rejection slips from publishers on a nail above his desk before selling his first book.” – spoken of Stephen King

“He filed for bankruptcy after earning millions in real estate, then searched the Bible for wisdom on handling money.” – spoken of Dave Ramsey

“She left a successful career in Silicon Valley to start a sheep shearing company.” –spoken of West by Midwest founder Stephany Wilkes

Now tell us yours.

ps. The rattlesnake fact is, by the way, a myth. According to Arizona State University, baby rattle snakes are no more dangerous than adults. They just make a good story.

pps. Thank you for following and sharing our blog. We would write even if nobody was reading, but it’s even more fun because you do : )

When it comes to kids, three is more than two. Not just one more, but a lot more. I expected that Isabella, born in February, would change the game because Rachel and I are now outnumbered, but that’s not the main factor. The game changed because the older kids are now in preschool, kindergarten and baseball, while the little one eats 7 times per day and sleeps (or should sleep) 18 hours out of 24. That all takes a lot of time, especially when adding occasional attempts at grown-up conversations and gainful employment.

I share this as a segue to a time-saving epiphany, a “chef tip” I stumbled upon in a cookbook. “Tip # 7: Don’t peel the garlic before pressing.”

Say what?? You mean all the time I spend fumbling to extract those suckers from papery peel is wasted? You mean I can save several minutes and endless frustration on every spaghetti Bolognese and guacamole batch for the rest of my life? “Yes,” whispered the book at my disbelief. And, sure enough, it works. Just jam the cloves into the press and give it a squeeze.

The gurus of Six Sigma process improvement call this concept (a step that adds no value) Non-Value Adding, or NVA. (They are business gurus and not poets for a reason.) NVA’s haunt life and business alike, and often go unnoticed. The garlic epiphany, and life with an 8-week-old, makes me wonder which other NVA’s are lurking in the shadows.