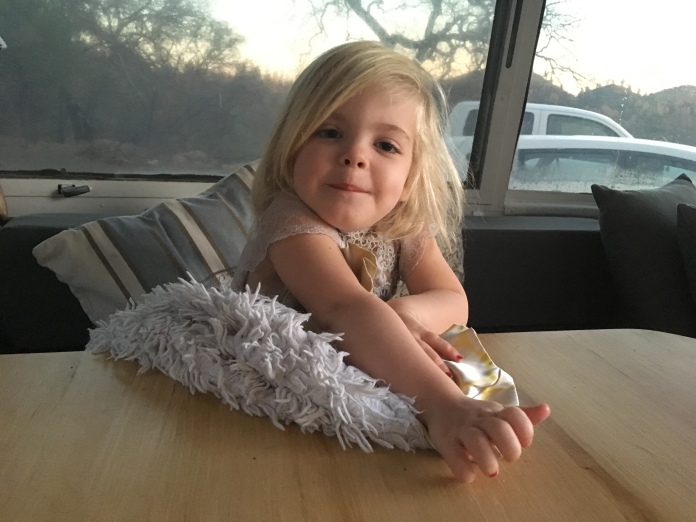 Caleb charged out of his room. He was 2 years old and his pants were dry, a miracle at the end of a day filled with potty-training drama. The washer steamed in the background from continuous operation.

He looked at Rachel, and then at me. A dark spot formed on the front of his pants, grew down his legs, and drained into an expanding puddle on the floor. He shifted his bare feet slightly in the liquid.

“Nooooo!” Came Rachel’s voice, forced from exhaustion. “What is that?!”

Caleb looked at the puddle, and then at us, before stating the obvious: “PEE!” He punctuated the statement with a firm clap in front of himself, then quickly raised his arms above his head like a European footballer celebrating a goal in overtime.

Elizabeth was a hide-and-seek ninja-master at age 2. She couldn’t count, but would hide her face with a rhythmic da-da-da-da while Caleb scrambled to hide. On her turn, she would fit in the smallest of spaces in silence while we looked for her.

Isabella is 2 for another month. If all goes according to plan (embracing here the risks of public family planning), she will be the last 2-year-old for Rachel and me. She takes this responsibility seriously, for example by charging suddenly out of the Airstream and into the woods to put a toy “sphider” (spider) in time-out behind a specific oak tree. We watched with curiosity as she went (she is the third, after all), and she did eventually come back.

And I know we have bigger and better parenting adventures ahead of us. But it’s still a little sad to see “the end of two.”